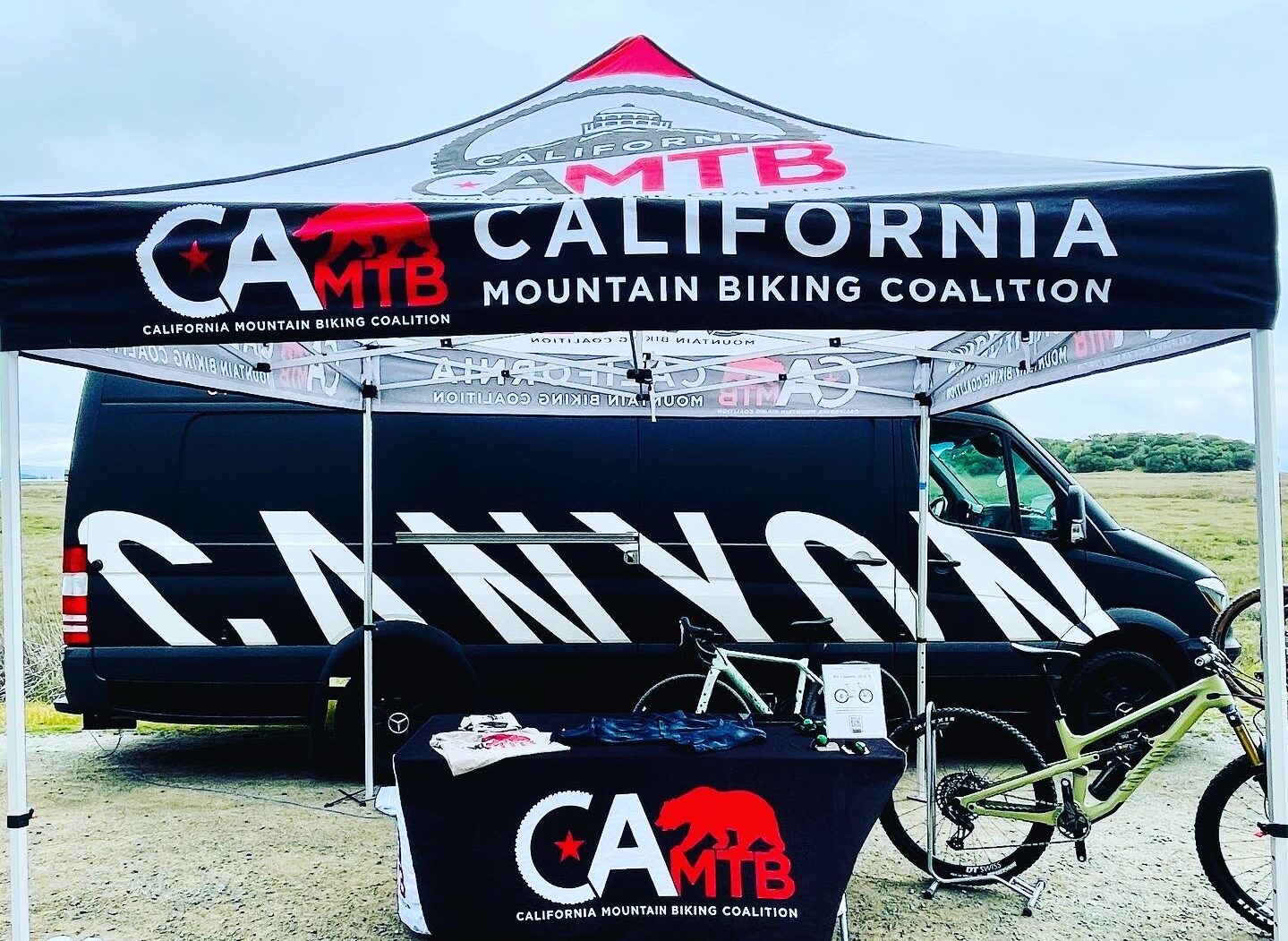 CAMTB and Canyon team up to raise over $25,000 for state-level trail advocacy in California!

This spring CAMTB and Canyon cycles partnered to help raise funds and build awareness about trail advocacy in California. The campaign included a 25-stop tour across the state, as well as a special bike give away to incentivize support of CAMTB’s state-level advocacy efforts. All told the campaign raised over $25,000! Thank you to everyone who helped make this tour a success. Thank you also to all of the new and existing supporters of CAMTB. More and Better Trails are coming your way soon.

And the winners are…

The winner of the CAMTB Canyon Spectral 125 CF 7 was announced at Sea Otter Classic on Sunday, April 10. The Grand Prize Winner was Chris Macaluso of Walnut Creek, California. In addition to taking home a brand new Spectral 125 CF 7, Chris will also be receiving a complimentary membership to the Bicycle Trails Council of the East Bay (BCTEB). BTCEB is one of 30 trail advocacy organizations that are affiliates of CAMTB.

Canyon’s Demo Team, led by Jaclyn Mayer, and crewed by Phil Fifer and Merv Davis, organized a 25 stop tour from LA to Santa Rosa. The brought along the freshly launched Canyon Spectral 125 and two sprinter vans full of Canyon gravel and mountain bikes. Demos were available free to the public at each stop along the four-week tour.