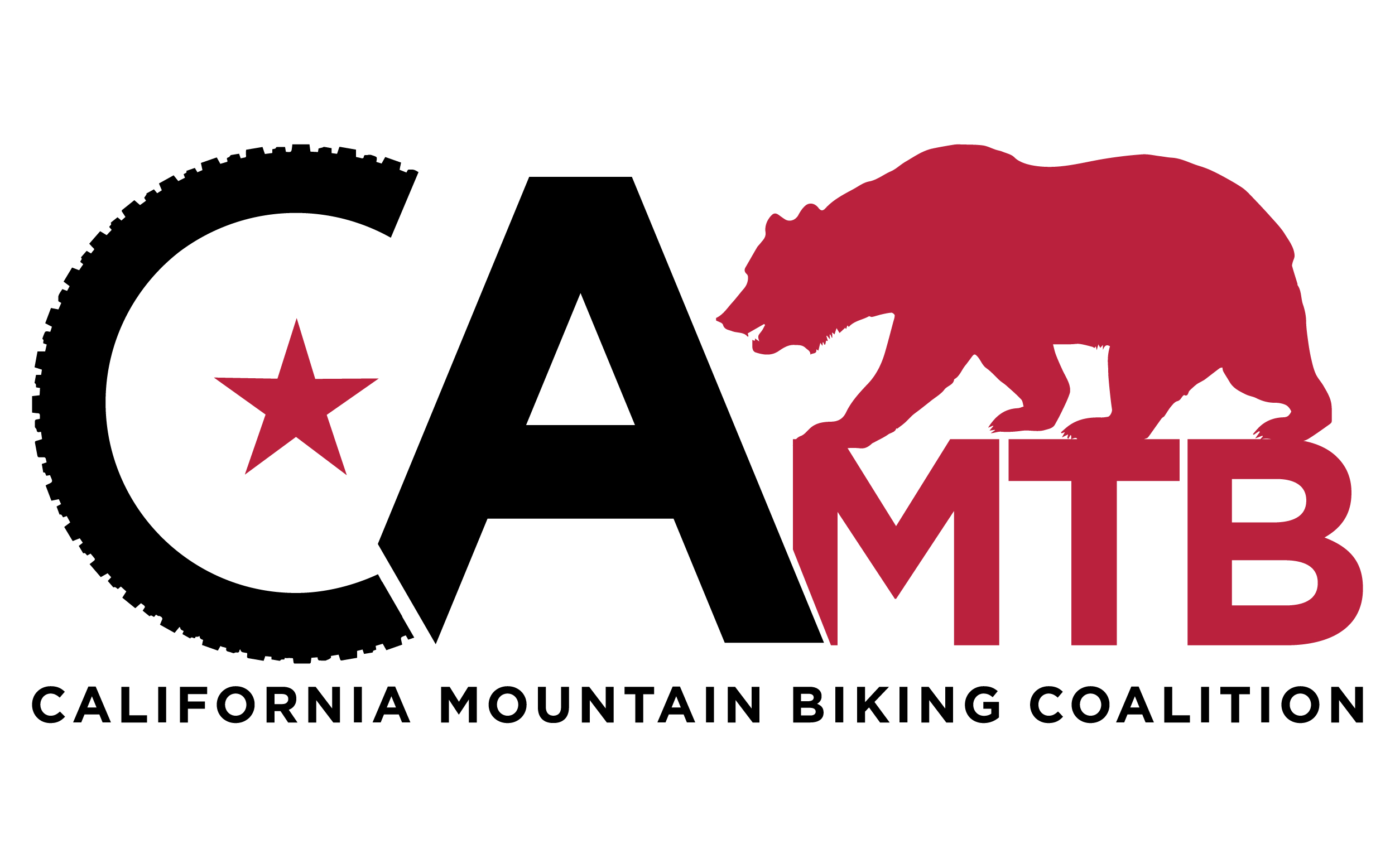 The California Mountain Biking Coalition is a 501(c)(4) nonprofit organization, incorporated in 2019 in the State of California. We grew out of the recognized need for a state-wide voice for mountain bikers in California.

We have many, many local organizations, clubs, and volunteer groups out there doing the important boots-on-the-ground efforts to support trails and mountain biking. They’re doing trail maintenance, educating their local land managers, organizing rides, and teaching best practices in trail use and management. They’re having a great impact locally, but aren’t backed by a regional organization.

For periods through California’s mountain biking history, we’ve had individuals and organizations who were very effective at the State level. In the 2000’s we had Tom Ward, California liaison to IMBA, and a former State Park employee who had our backs. Under IMBA’s Regional Director program from 2011 to about 2016, we had a California Regional Director for IMBA, who was able to help organize more local groups and bring some national support to the State. That program ended in 2017.

California organizations have picked up the slack and continue to have great successes locally, but we still lacked an organization to coordinate those many local groups’ efforts, to speak to elected officials in Sacramento and Vallejo (USFS California headquarters), and to coordinate regional efforts and campaigns that affect all California mountain bikers.

At the April 2019 California Trails & Greenways Conference, an all-hands mountain biking meeting was held, at which people stepped up to take those discussions to the next level. Susie Murphy and Kevin Loomis of the San Diego Mountain Bike Association, Steve Messer of the Concerned Off-Road Bicyclists Association in Los Angeles, Vernon Huffman from Access for Bikes, Marin, and Jake Bayless from the Redwood Empire Mountain Bike Alliance became the steering committee who guided the group through its formative stages.

Those five were joined by Matthew Blain from the San Francisco Urban Riders to become the founding Board of Directors for the California Mountain Biking Coalition. In October 2019 the group filed papers and received our Federal Tax ID Number as a 501(c)(4) nonprofit.

The group hired Patrick Brady as an interim Executive Director in December 2019. Our website launched on January 1, 2020, along with our Founder’s Round of funding.